Not many AC wifi USB adapters are for Linux.  This one is:

Relatively easy to use.  Read some comments and found how to install it on Linux:

[This is just a installation note.] 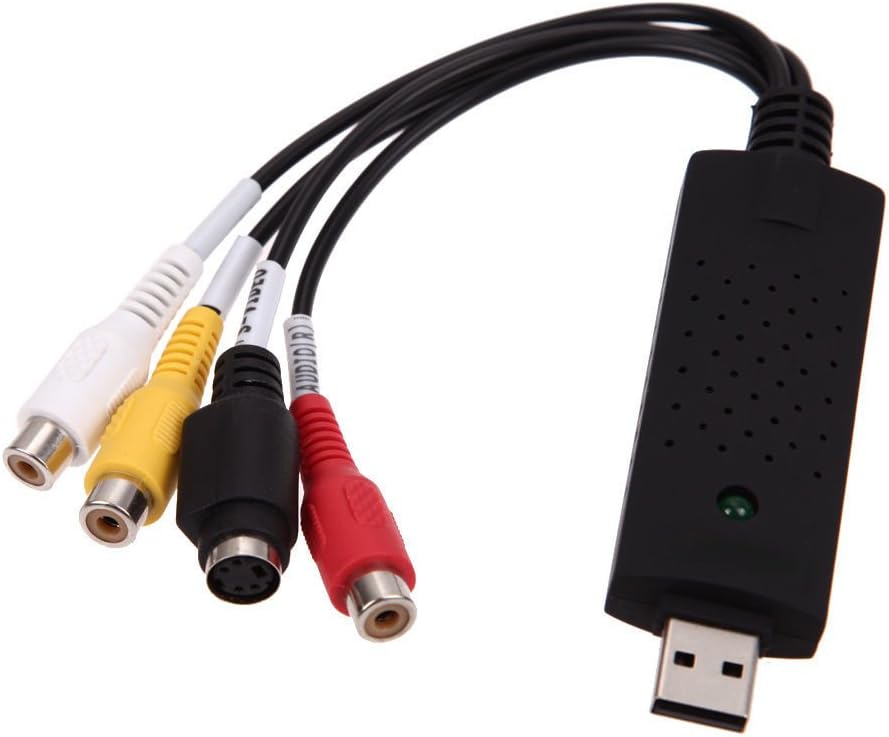 No driver is needed.  Use OBS Studio and it will be listed.  Some helpful comments from the product review:

Works great with Ubuntu Studio Linux!
By Kelly on October 10, 2020 I purchased this device to archive some old VHS tapes using an S-VHS machine. I plugged it into my linux box, and without any fanfare or problems, it just worked. VERY HAPPY! It shows up as Video to USB adapter in OBS. Smooth frame rate, and sharp image quality. If you have an S-VHS deck, use the S-Video input. It gets rid of all the dot crawl and soft edges. Would recommend for sure!

Works great under linux for digitizing old analog video tapes
By Jacob D. on November 20, 2017 There appear to be be a ton of variations on this same product, but I opted for this particular one due to the great price and good reviews. I bought this to digitize a bunch of old family videos on Sony Hi8 tapes that were 30 years old and beginning to degrade and no longer play. I was hoping to get digital versions of these old tapes before they stopped playing completely, and this worked perfect for that.
My setup might be a little different than others since I'm running linux (kubuntu) as my operating system, so I didn't try any of the included drivers or software, but I'm happy to report that this functions perfectly as a capture device under my linux version with no additional configuration or driver compilation / installation. I used VLC to preview via the inputs and capture to a file, and after playing around with some different codecs, found some settings that provided a good balance between file size and quality.
Physically, it was simple to plug in and connect and disconnect everything between capture sessions, the color-coded cable extensions make it a breeze to connect the different wires. On my laptop, I had an easily accessible usb port so it wasn't a problem to plug this in and have it stick out the side. The capture device doesn't have too high of a resolution, which isn't really necessary for the older analog sources, so it still works great. I successfully tried both the s-video and yellow rca for video, and didn't have any problem with the red/white rca audio inputs.
To sum up, this worked perfectly for my needs under linux, and it's an amazing value for the price!

Simple, cheap, and "good enough" for some capture projects
By Jonathan Campbell on November 11, 2019 Pros:
- Works flawlessly with Linux. Appears as UVC class device and ALSA audio capture device.
- Audio and video capture works, comes in as 720x480 UYVY uncompressed at full frame rate and should work with any video capture software using Video4Linux2.
Cons:
- Appears to be deinterlacing the video where there is motion in the frame, meaning fields are averaged together when things move. If you're expecting to capture the full interlaced video for full quality this might not be the ideal capture device for you. If that's not a concern for you, go for it.
- As stated elsewhere, loses track of color subcarrier when given video with Macrovision.
- If you start capture with no signal, then turn on the VCR and start playing, the captured video will be very bright until you close the capture program and reopen it again. Workaround is to turn on the VCR and give it a signal, then open the capture program and start capturing.

Although I've wanted to try out FPGA for a long time, but never really had the chance/time to.  This is a note on learning/playing with FPGA.
In this posting, which is just the first step -- learning about it, and use simulator first.  If/when I decide to continue with this journey, I'll then buy a small FPGA board, and continue.
I've gathered the information by talking to some experts online, googling, and read a few books.

There are several simulators, and someone suggested to use Icarus Verilog (http://iverilog.icarus.com/) as it is light.

Reference video, https://www.youtube.com/watch?v=xd-ZvBJiv3M -- this is in Chinese, so no clue what the video uploader is saying, but you can just watch the video with steps.  I wrote the steps here to avoid watching the whole thing.

2. Using VSC, edit a file called "test1.v" in the directory created above:

This is from https://www.youtube.com/watch?v=3Xm6fgKAO94, and it also shows installing Icarus Verilog on Windows.

In left nav, lower pane, select both reg A, wire B.  Then click on "Insert" button.