The page has the proper options to use to configure, and also provides the binary.  I did compile myself on Rasberry Pi, and it took VERY long time -- I had to let it run over night to finish.

I use CLisp and SBCL, but switched to ECL recently for a few reasons which I will not discuss.  It's just a personal preference.

OSX, Ubuntu, Wheezy(Raspberry Pi) all have pre-compiled packages available through mac port and apt-get, but those are older versions and have issues with quicklisp.

So I compiled Ecl source code for Windows, Ubuntu, OSX, Raspberry Pi.  They all compiled without any difficulties, except that for Windows, it's a few more steps: get VC++(Express version is fine too), run 'nmake' and run installer to package it.  For others who just want to download the binaries

I'll post Windows, and Wheezy version on my blog so people can just download it and use it.  Here is the Windows version: Download Ecl 12.7.1 For Windows, pre-compiled installer

Above page shows use of tcpdump: 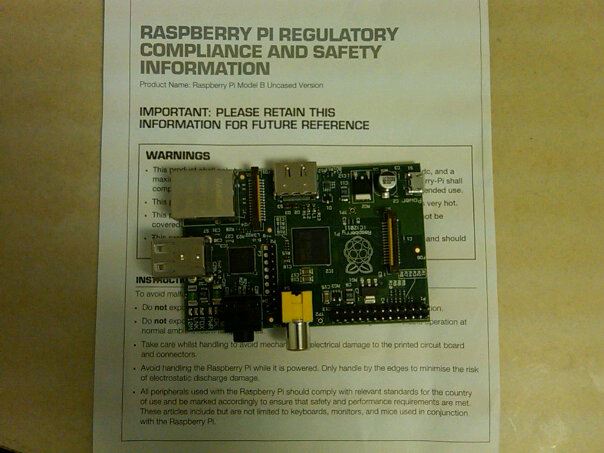 I've ordered Raspberry Pi in March, received in June, then something came up and couldn't do much for a while.  Finally I set it up properly and ready.

I'm thinking of a project using this device with wifi and webcam -- with Javelin (product link) to control servos and interface with various sensors -- the wifi module and the webcam are verified to be working with Raspberry Pi without any problems, and external USB hub with power is not required:
I didn't want any devices that requires external HUB with power -- and I had the web cam already lying around, and I purchased the Wifi USB module for only $8.99.  I also didn't want to spend too much time on setting up the device, so did some googling to find which OS image is the easiest one to use -- and tried Arch Linux, but that didn't work for a few reasons.  Wheezy version (7/15/2012 version) worked without much effort.

For the usb wifi module, read this thread -- and get the automatic install script from here, and the driver from here.  For the webcam, it worked out of the box.  My wireless router is set to use WEP with MAC filtering, but if you use WPA, please read other tutorial to configure it.

There are other advantages of using Wheezy over Arch Linux -- I did not attach monitor keyboard to the device, but ssh to it -- Wheezy lets you resize the SD card and configure other things with simple rasp-config command.  I didn't really measure the performance, but actually, I felt that Arch Linux performance is some what better than Wheezy.  For Arch Linux, the automatic wifi script or driver did not work, and resizing SD card is not possible on the raspberry pi while the OS is running. (adding partition is possible).

Conclusion
Use Wheezy and get verified H/W -- and save time.

To Do
Javelin Stamp
Why am I using Javelin instead of the popular Arduino?  It's only because I purchased the Javelin stamp development kit and other parts when it first came out (2001).  The product is discontinued, but still sold and its price is much cheaper than 2001 price.  The hardware is pretty good in today's standard -- compare with Arduino Uno: see here and here.  And you can program it in Java!  The Javelin IDE runs on Windows OS -- I tested up to Vista, and read that it works on Windows 7 as well.  The IDE comes with Jike Java compiler, so Sun's (oops), Oracle's Java SDK is not necessary. 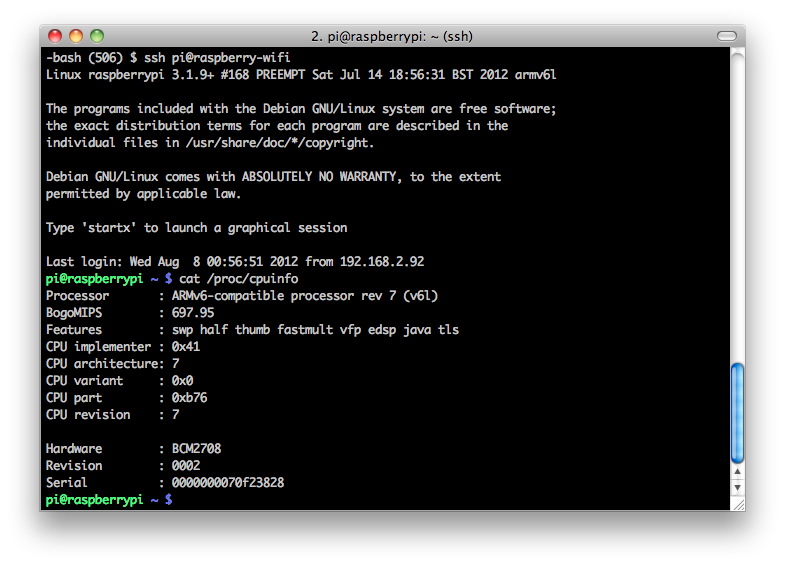 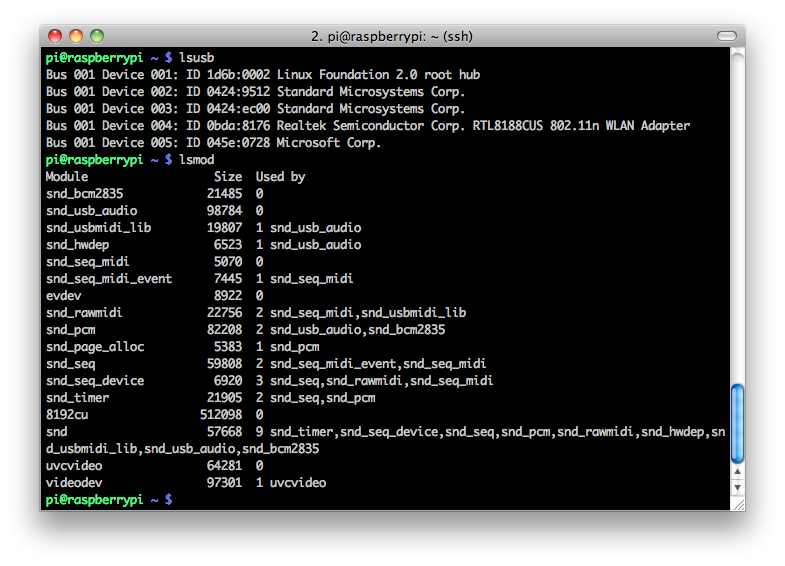 S/W
For WebCam, get followings (google yourself to find out what they are and how to use them):

How to disassemble in OSX

Compiled simple "Hello, World" codes in ECL Lisp and GCC into binary, and wanted to compare the two in assembly.

Just a note for myself...

How-To
The reason I failed to install it with other methods is that everyone's environment is a bit different, and some tutorials are outdated.  So check your environment against mine and if it's not what you have, then please find other tutorials.

Email ThisBlogThis!Share to TwitterShare to FacebookShare to Pinterest
Labels: kickstarter

I had to convert log4j.properties file to log4j.xml -- and found this tool (saves time):
http://code.google.com/p/log4j-properties-converter/

For logback, use this tool:
http://logback.qos.ch/translator/

(See here for more about "wmic")

Email ThisBlogThis!Share to TwitterShare to FacebookShare to Pinterest
Labels: Windows

NateOn is a very popular messenger system in Korea.  The native client is only available for Windows, but someone developed a plugin for Adium (Mac OSX client for multiple chat systems).  The latest version of Adium is 1.5.1 (as of July 15, 2012), but I have to use 1.4.5 in order to use with SIPE MS Messenger plugin which is compatible with my work messenger system. 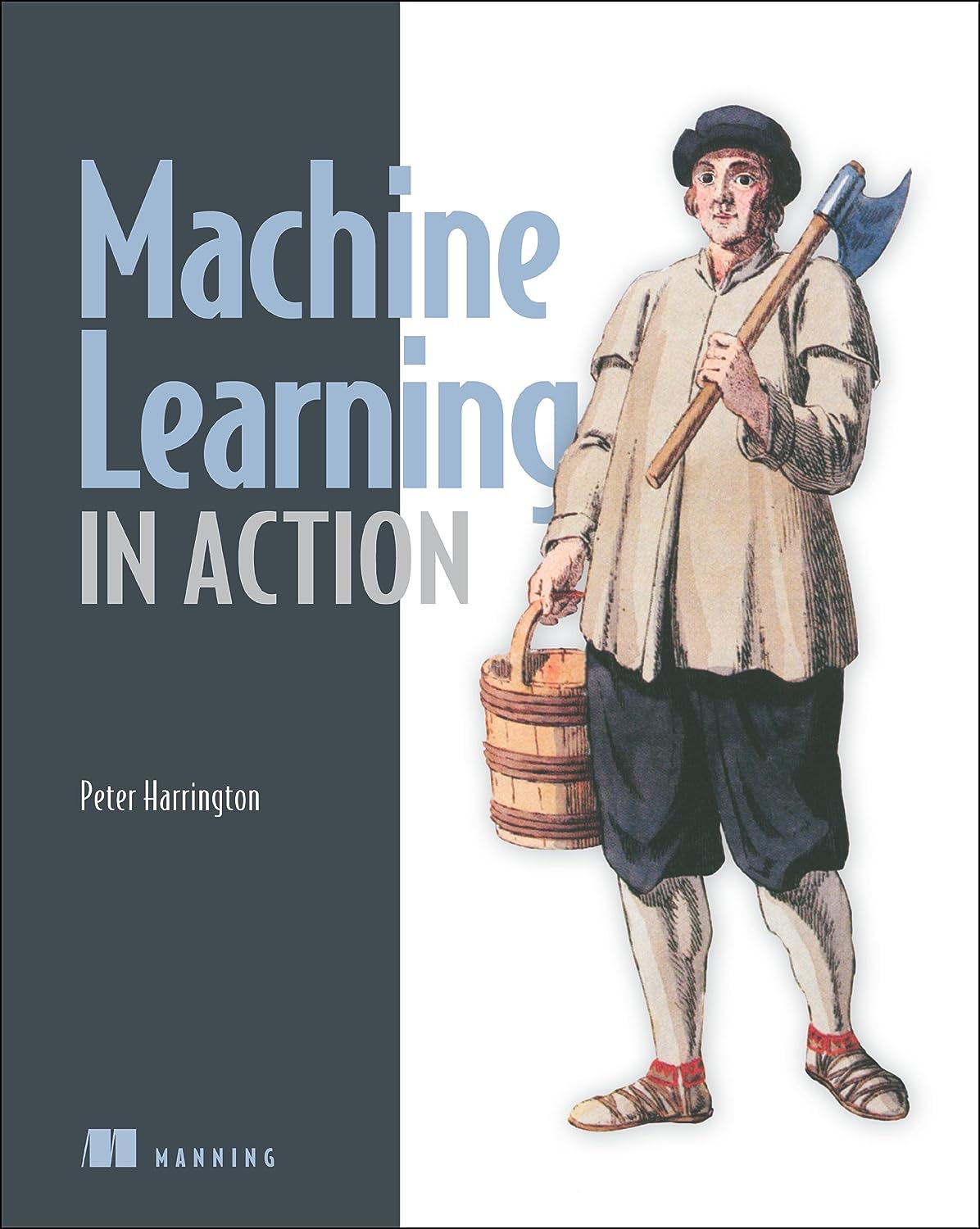 Machine learning is getting more and more attention nowadays, and it's easier to use than before for average developers.  There are many open source frameworks and libraries to use for many popular languages.  But still, developers need to know what ML is -- how it works, what methods are there and for what cases to use them appropriately.  It's not a magic bullet -- understanding is still necessary.  I have reviewed this book for Manning publication and I found that it's a great book to learn ML for a starter, for average developers.  It explains many ML techniques and shows examples.  I highly recommend this book to anyone who want to get into ML.  It's not for advanced ML folks -- this would be too easy for them. :-)
No comments:
Email ThisBlogThis!Share to TwitterShare to FacebookShare to Pinterest
Labels: AI, books, books reviewed, machine learning

Set up Mac as an Access Point, and connect Kindle to it

If having kindle to connect to wifi is a problem, you can set up MacBook to use ethernet to use internet, and set up wifi as an access point.  This is very useful with services like "Send to Kindle" and "Kindle It" to send web documents to Kindle for offline reading.  I read a lot of technical web pages and reading them while commuting would save a lot of time.  But it requires wifi to transfer the documents to Kindle.  (Or, pay for the user document service to Amazon over 3G, and non-3G kindle doesn't have this option.)


HOW TO GET IT TO WORK:A. On your Mac:
B. On your Kindle:
No comments:
Email ThisBlogThis!Share to TwitterShare to FacebookShare to Pinterest
Labels: ebook, kindle
Newer Posts Older Posts Home
Subscribe to: Posts (Atom)